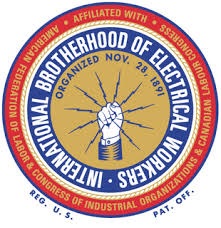 Robert Craig “Bob” Myers, 64 of Lucasville passed away Sunday December 29, 2019 at SOMC Hospice. He was born March 19, 1955 in Portsmouth the youngest son of the late Homer Allen and Helen Dorothy Lauth Myers. Along with his parents he was preceded in death by 2 brothers; Evan Wade and Stephen Lee Myers and 2 sisters; Marie Ann Ray and Carol Lynn Warner.

Bob was an electrician and a member of the IBEW Local # 575.

Bob is survived by his wife Charlene Summers Myers, a son Robert C. Myers II of Lucasville, 2 brothers; Alan Jay Myers and James Roger Myers both of West Portsmouth, a sister Marcia Joan (Bill) Tipton of Stout, along with several nieces and nephews.

Funeral services will be 1:00 PM Tuesday December 31, 2019 at the Roger W. Davis Funeral Home in West Portsmouth with Bill Tipton officiating and interment in Sunset Memorial Gardens. Friends may call at the funeral home on Tuesday starting at 12:00 PM. Condolences may be sent to www.rogerwdavisfuneralhome.com.