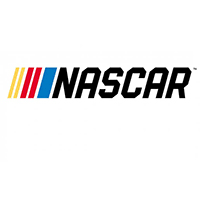 Carl Edward McClurg, Sr. 84, died Monday November 8, 2021 at his home. He was born March 4, 1937 in Garrison, Kentucky, to the late Leslie and Olive Marie Clark McClurg. Along with his parents Carl was preceded in death by a brother Joe McClurg.

Carl was the owner and operator of all the local Foodland’s from 1978 to 2014. He loved fishing, gardening and NASCAR.

Funeral services will be 1:00 PM Thursday November 11, 2021 at the Roger W. Davis Funeral Home in West Portsmouth with Rick Ratliff officiating and interment in Scioto Burial Park. Friends may call at the funeral home from 5 to 8:00 PM on Wednesday and one hour prior to the service on Thursday. In lieu of flowers, the family requests that donations be made to SOMC Hospice. Condolences may be sent to www.rogerwdavisfuneralhome.com.

To send flowers to the family or plant a tree in memory of Carl Edward McClurg Sr., please visit our floral store.