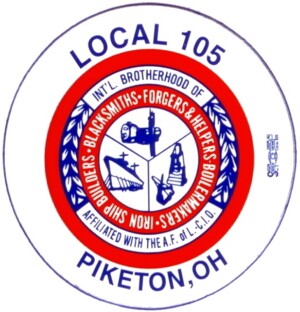 Along with his parents he is preceded in death by his wife Ginger Thompson Hall, and a brother, Steve Hall.

David was a Boilermaker and a member of Boilermakers Local #105. He was a United States Army Veteran and was a member of the James Dickey Post 23 American Legion in Portsmouth.

Funeral services will be 1:00 PM Friday January 7, 2022 at Dry Run Church of Christ with Rase Martin officiating. Interment will be in Scioto Burial Park with Military graveside rites by the James Dickey Post 23 American Legion. Friends may call from 6 to 8:00 PM on Thursday at the Roger W. Davis funeral Home in West Portsmouth and one hour prior to the funeral at the church. Condolences may be sent to www.rogerwdavisfuneralhome.com.

To send flowers to the family or plant a tree in memory of David Wayne Hall, please visit our floral store.